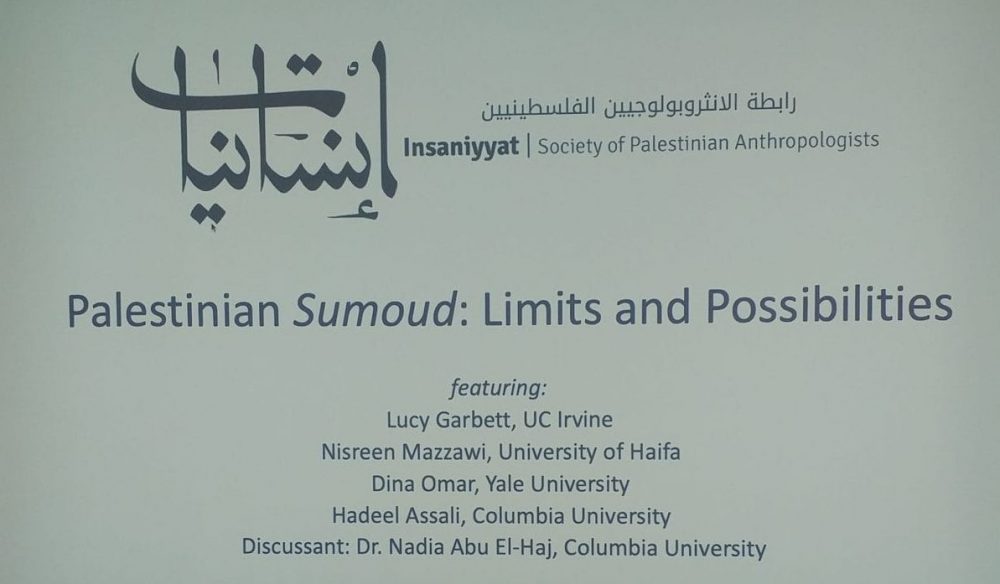 Insaniyyat members Randa Wahbe and Nayrouz Abu Hatoum organized a panel at the American Anthropological Association (AAA) Meeting in San Jose. The panel titled “Palestinian Sumoud: Limits and Pissibilities” was granted an Invited Status Awars by the (AAA). The panel explored the notion of “Palestinian sumoud” through different case studies and theoretical framworks.

Following the first Intifada in 1987 researchers on Palestine became increasingly interested in the politics and ethics of sumoud, a term whose field of translatability into English includes: ‘resistance’, ‘resilience’, ‘perseverance,’ and ‘steadfastness’. While the focus on sumoud took a hiatus during the Oslo era (1994-1999) it then re-appeared with the onset of the second intifada in 2000 and has persisted in the literature to this day. 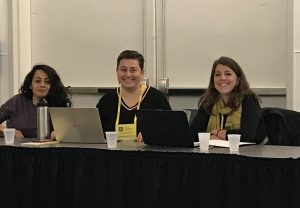 Indeed, when taken as a whole, the contemporary anthropology of the West Bank and Gaza tends to represent Palestinian life as if it is almost synonymous with sumoud. Works engaging the concept of sumoud have identified it with the multitude ways that Palestinians confront the presence of the Israeli state in their lives. It can mean everyday practices such as persistently contesting borders and boundaries, crossing checkpoints, attending school, building, collective memory and even acts of leisure and recreation. Other work identify sumoud with active political agency, including militarized resistance, civil disobedience, and projects calling for global solidarity. This panel critically appraised the concept of sumoud in ethnographic inquiry on Palestine and Palestinians. It asked what are the limits and possibilities that the concept provides? How might it foreclose critical inquiry of the way that romanticism continues to adhere to contemporary readings of resistance and/or being? The panel critically questioned the contradictions, conundrums, and possibilities of a political imagination in a reality that arguably witnesses “tragedy's triumph” in Palestine. Lucy Garbett critiqued the commodification of sumud through Palestinian embrodery programs that aim at uncritical women’s empowerment. Nisreen Mazzawi explored sumud through the daily practices of urban living in Nazareth, she centred her case study on the hawakir- urban gardening. Dina Omar provided an ethnographic account on border crossings into Palestine and the subjugation of crossing bodies to state racial and gendered violence. Finally, Hadeel Assali presented on her visual anthropological inquire in archival research on Palestine questioning the role of anthropologists in story telling and editing the narrative of exiled Palestinians. Nadia Abu El-Haj of Columbia University was the panel discussant. 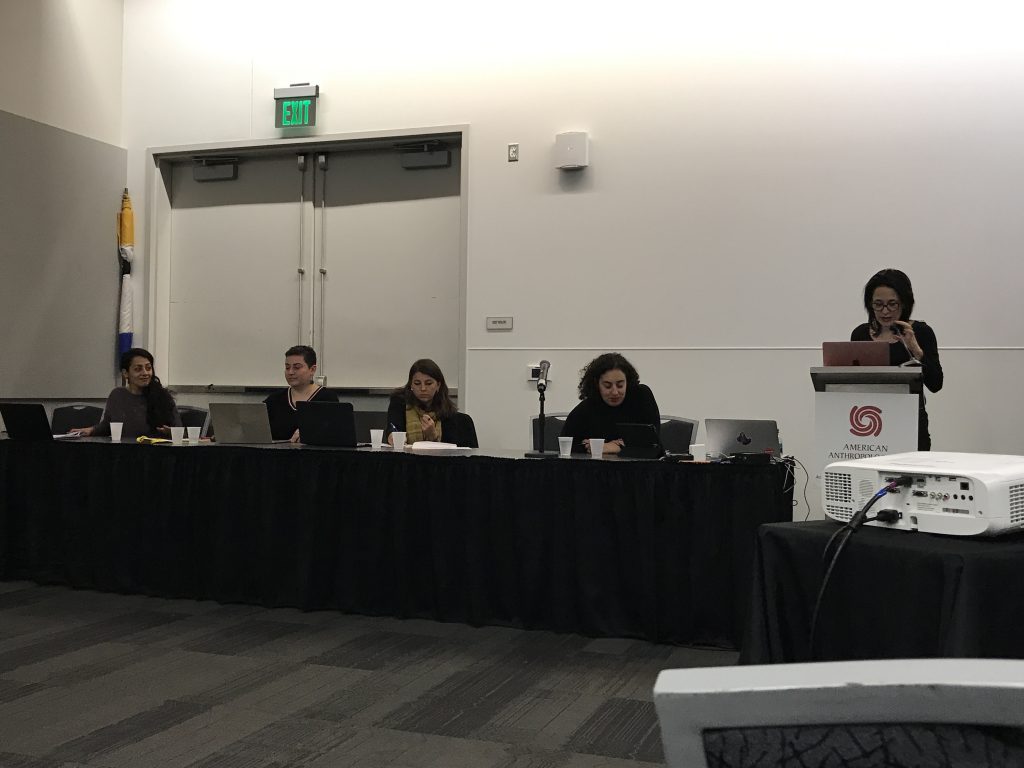